Gold Swiss 20 Francs are among the classiest gold coins produced dating back nearly 150 years and minted by Swiss National Mint. The Helvetica Design started aroung the 1880's depicting a crowned Helvetica. Starting around 1897 the coins no longer showed the crowned Helvetica.

Gold French 20 Francs first issued around 1802. Under the direction of Napoleon Bonapart, these coins beared his image and were quickly labeled gold Napoleons. Designs have changed over the years and have been minted by France until 1914. One of the newer designs was that of a Gallic Rooster. Many collectors still use the term "Rooster' 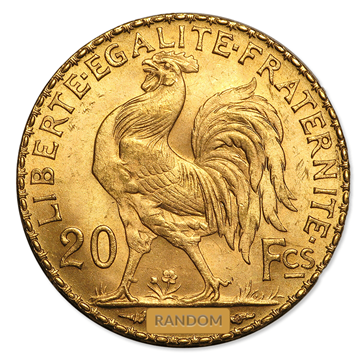 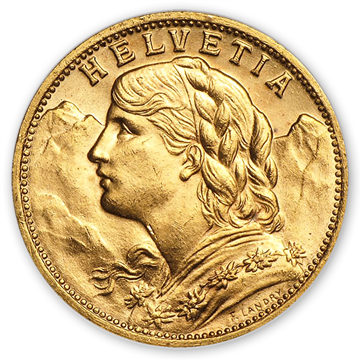